At AZ Integrated, our goal is provide a treatment plan that is entirely geared toward you. Our medical staﬀ will spend time with you to understand your condition and recommend a treatment program that can help reduce or eliminate the source of the problem. 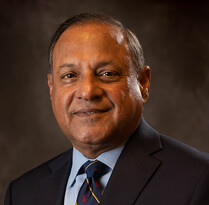 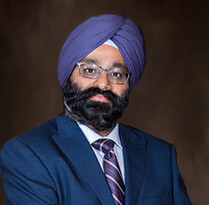 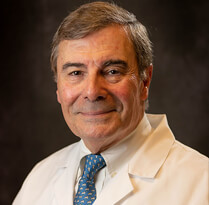 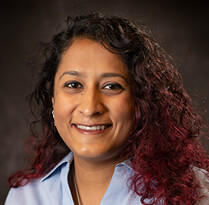 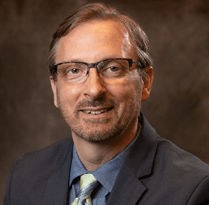 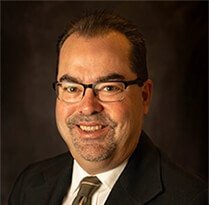 Alzheimer’s Disease (AD) accounts for 60% of cases of dementia. It is a chronic neurodegenerative disease that usually starts slowly and gets worse over time. The most common early symptom is difficulty in short-term memory loss. As the disease advances, symptoms can include: language issues, disorientation, mood swings, loss of motivation, not managing ADL’s, and behavior issues. As a person’s condition declines, they often withdraw from family and society. Gradually, bodily functions are lost, ultimately leading to death. Although the speed of progression can vary, the average life expectancy following diagnosis is three to nine years.

The cause of Alzheimer’s disease is poorly understood. About 70% of the risk is believed to be genetic with many genes usually involved. Other risk factors include: a history of head injuries, depression or hypertension. The disease process is associated with plaques and tangles in the brain. A probable diagnosis is based on the history of the illness and cognitive testing with medical imaging and blood tests to rule out other possible causes. Initial symptoms are often mistaken for normal aging. Examination of brain tissue is needed for a definite diagnosis. Mental and physical exercise, and avoiding obesity may decrease the risk of AD. There are no medications or supplements with evidence to support their use.

No treatments stop or reverse its progression, though some may temporarily improve symptoms. Affected people increasingly rely on others for assistance, often placing a burden on the caregiver; the pressures can include social, psychological, physical, and economic elements. Exercise programs are beneficial with respect to activities of daily living and potentially improve outcomes. Treatment of behavioral problems or psychosis due to dementia with antipsychotics is common but not usually recommended due to there often being little benefit and an increased risk of early death.

Multiple Sclerosis (MS) is a chronic, often disabling disease that attacks the central
nervous system (AZ Integrated), which is made up of the brain, spinal cord, and optic nerves.
Symptoms may be mild, such as numbness in the limbs, or severe, such as paralysis
or loss of vision. The progress, severity, and specific symptoms of MS are
unpredictable and vary from one person to another. Today, new treatments and
advances in research are giving new hope to people affected by the disease.
Symptoms can include:
• Paralysis
• Numbness
• Balance Impairment
• Visual Loss
• Dizziness
• And Other Symptoms.

The disease is likely the result of a genetic predisposition, and some environmental
trigger that causes one’s own immune system to attack the brain, spinal cord, and
optic nerves. The diagnosis and treatment of Multiple Sclerosis can be difficult and is
best handled by an experienced Neurologist.

MULTIPLE SCLEROSIS IS THOUGHT TO BE AN AUTOIMMUNE DISEASE
The body’s own defense system attacks myelin, the fatty substance that surrounds
and protects the nerve fibers in the central nervous system. The nerve fibers
themselves can also be damaged. The damaged myelin forms scar tissue (sclerosis),
which gives the disease its name. When any part of the myelin sheath or nerve fiber
is damaged or destroyed, nerve impulses traveling to and from the brain and spinal
cord are distorted or interrupted, producing the variety of symptoms that can occur.
Most people with MS learn to cope with the disease and continue to lead satisfying,
productive lives.

FOUR COURSES OF MULTIPLE SCLEROSIS
People with Multiple Sclerosis can typically experience one of four disease courses,
each of which might be mild, moderate, or severe.

People with this type of MS experience clearly defined attacks of worsening
neurologic function. These attacks—which are called relapses, flare-ups, or
exacerbations —are followed by partial or complete recovery periods (remissions),
during which no disease progression occurs. Approximately 85% of people are
initially diagnosed with relapsing-remitting MS.

This disease course is characterized by slowly worsening neurologic function from
the beginning—with no distinct relapses or remissions. The rate of progression may
vary over time, with occasional plateaus and temporary minor improvements.
Approximately 10% of people are diagnosed with primary-progressive MS.

Following an initial period of relapsing-remitting MS, many people develop a
secondary-progressive disease course in which the disease worsens more steadily,
with or without occasional flare-ups, minor recoveries (remissions), or plateaus.
Before the disease-modifying medications became available, approximately 50% of
people with relapsing-remitting MS developed this form of the disease within 10
years. Long-term data are not yet available to determine if treatment significantly
delays this transition.

In this relatively rare course of MS (5%), people experience steadily worsening
disease from the beginning, but with clear attacks of worsening neurologic function
along the way. They may or may not experience some recovery following these
relapses, but the disease continues to progress without remissions.
Since no two people have exactly the same experience of MS, the disease course
may look very different from one person to another. And, it may not always be clear
to the physician—at least right away—which course a person is experiencing.
For more important information about Multiple Sclerosis, check out Just the Facts.

SOME IMPORTANT FACTS
MS is a chronic, unpredictable neurological disease that affects the central nervous
system.

MS is different from muscular dystrophy (MD), which is a group of disorders that
cause progressive and irreversible wasting away of muscle tissue. Although MD has
some symptoms in common with MS—such as weakness and problems with walking
—MD affects the muscles directly while MS affects the central nervous system.

MS is not contagious and is not directly inherited.

Most people with MS have a normal or near-normal life expectancy.

The majority of people with MS do not become severely disabled.

There are now FDA-approved medications that have been shown to reduce the
number of relapses and “modify” or slow down the underlying course of MS.

People who are diagnosed with a Clinically Isolated Syndrome (CIS) have had one
episode of neurologic damage that is similar to the damage that occurs in MS, but
they have not yet met the criteria for a definite diagnosis of MS.

IS THERE CURRENTLY A CURE?

There is no known cure for Multiple Sclerosis, however, there are treatments that are
effective in reducing the likelihood of worsening of the disease, and, there are a
multitude of new treatments in current research and development that will soon be
available.

For more information on Multiple Sclerosis, or to speak with one of our physicians
regarding treatment options, please contact us to schedule an appointment.

Cervical Dystonia is a movement disorder characterized by involuntary contractions
of neck muscles those results in neck pain, and involuntary head position. Patients
complain that they cannot keep their head in a normal position. It may pull to the side, twist, or veer to an abnormal position. Some people refer to this as “torticollis”.
Medications may be ineffective in many patients. Botox is the most effective treatment for this illness, and may offer three months or more of relief. Treatments
generally have to be done in three or four month intervals to assure continued benefit. The injections are minimally uncomfortable, and are done in our clinic.

Seizures are generally described in two major groups of seizures, primary
generalized seizures and partial seizures. The difference between these types is in
how and where they begin. A new way of naming seizures has been developed by
epilepsy specialists, but most often these common names are still used.
Primary generalized seizures begin with a widespread electrical discharge that
involves both sides of the brain at once. Hereditary factors are important in many of
these seizures.
Partial seizures begin with an electrical discharge in one limited area of the brain.
Many different things can cause partial seizures, for example head injury, brain
infection, stroke, tumor, or changes in the way an area of the brain was formed
before birth called cortical dysplasias. Many times, no known cause is found, but
genetic factors may be important in some partial seizures.
Partial seizures can be broken down further, depending on whether a person’s
awareness or consciousness (the ability to respond and remember) is affected.
There are six types of generalized seizures. The most common is the generalized
convulsion, also called the grand-mal seizure or a tonic-clonic seizure. The patient
loses consciousness and usually collapses. The loss of consciousness is followed by
generalized body stiffening ,tonic, for 30 to 60 seconds, then by violent jerking,
clonic for 30 to 60 seconds, after which the patient goes into the postictal phase.
During tonic-clonic seizures, injuries and accidents may occur, such as tongue biting
and urinary incontinence.
Absence seizures cause a short loss of consciousness lasting only a few seconds
with few or no symptoms. The patient, most often a child, typically interrupts an
activity and stares blankly. These seizures begin and end abruptly and may occur
several times a day. Patients are usually not aware that they are having a seizure,
except that they may be aware of “losing time.”
Myoclonic seizures consist of sporadic jerks, usually on both sides of the body.
Patients sometimes describe the jerks as brief electrical shocks. When violent, these
seizures may result in dropping or involuntarily throwing objects.
Clonic seizures are repetitive, rhythmic jerks that involve both sides of the body at
the same time.
Tonic seizures are characterized by stiffening of the muscles.
Atonic seizures consist of a sudden and general loss of muscle tone, particularly in
the arms and legs, which often results in a fall.
The type of treatment prescribed will depend on several factors, including the
frequency and severity of the seizures and the person’s age, overall health, and
medical history. 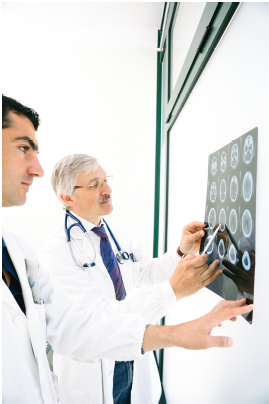 A headache or cephalgia is pain of the head or neck. Headaches can result from a
wide range of causes both benign and more serious. Brain tissue itself is not
sensitive to pain as it lacks pain receptors. Rather, the pain is caused by disturbance
of the pain-sensitive structures around the brain. Nine areas of the head and neck
have these pain-sensitive structures, which are the cranium, muscles, nerves,
arteries and veins, subcutaneous tissues, eyes, ears, sinuses and mucous
membranes. There are a number of different classification systems for headaches.
The most well-recognized is that of the International Headache Society. Headache is
a non-specific symptom, which means that it has many possible causes, including
fatigue and sleep deprivation, stress, the effects of medications and recreational
drugs, viral infections and common colds, head injury, rapid ingestion of a very cold
food or beverage, dental or sinus issues, and many more.

A migraine headache can cause intense throbbing or a pulsing sensation in one area
of the head and is commonly accompanied by nausea, vomiting, and extreme
sensitivity to light and sound.

Migraine attacks can cause significant pain for hours to days and be so severe that
all you can think about is finding a dark, quiet place to lie down. Some migraines are
preceded or accompanied by sensory warning symptoms (aura), such as flashes of
light, blind spots, or tingling in your arm or leg. Medications can help reduce the
frequency and severity of migraines. If treatment hasn’t worked for you in the past,
talk to your doctor about trying a different migraine headache medication. The right
medicines, combined with self-help remedies and lifestyle changes, may make a big
difference. 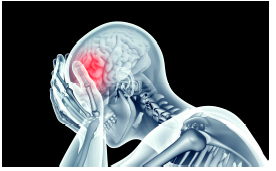